Gail Simone, author of one of the most popular Wonder Woman stories, Wonder Woman: The Circle wrote,

“…Having Wonder Woman as a role model helped them get out of an abusive relationship or that it got them to keep going to the gym and take care of themselves. I have had young girls tell me that she helped them stand up to bullies at school…I have even had people go as far as to say it stopped them from committing suicide because that is not something that she (Wonder Woman) would do! People relate to her in an emotionally deep way that I had no idea about before I started writing comics about her!“

But why and how is Wonder Woman so different than other female characters? What makes people respect her?

Wonder Woman debuted in the December of 1941 in All Star Comics #8. A controversial and complex character since then, Wonder Woman has been a role model and inspiration for young girls around the globe.

Renowned writers like Frank Miller, John Byrne, and George Perez placed Wonder Woman in an exciting place during the 1980s and 1990s, both socially and dramatically. She was sometimes a patriot during World War II, a feminist icon during the 1970s, a meditation on responsibility and power during the War on Terror, and sometimes just a voice of the opposition. But what made her so different than any other superheroes was the fact that she behaved like a peace priestess who prayed for a time when the soldiers would stop killing each other and lay down the weapons. She prayed for peace. However, she was always depicted as a soldier during those times.

Unfortunately, Wonder Woman as an advocate of peace and a feminist icon was undermined often as people wanted superheroes fly directly to the enemy base and win the war. Therefore, she had to be watered down for the sensitive male egos! There were instances when few comic writers even called the character hypocrite as they felt her loyalties are divided. However, she was still far away from being a nerd’s wet dream. She was always a warrior with a character and soul.

Wonder Woman: The Icon and the Superhero

Who wants to be a girl? And that’s the point; not even girls want to be girls so long as our feminine archetype lacks force, strength. Women’s strong qualities have become despised because of their weak ones!

In 1941, William Moulton Marston created Wonder Woman. Marston was a student of the “psychological effects of mass media on the individual spectator.” He was also an advocate of the criminals’ reformation, and most importantly, one of the earliest developers of the lie detector test. 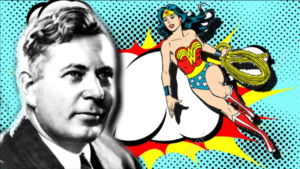 Marston firmly believed that the violent tendencies and the anti-social tendencies in people were undesirable masculine traits and these traits can be subdued by an influential maternal figures’ loving and socializing influence. He believed that if men willingly submitted themselves to female dominance, society will be more peaceful!

Thus William Moulton Marston created Wonder Woman, a character who is both strong and sexy. He wanted her to encourage women to emulate her unapologetic and firm assertiveness. Marston believed that strong women are more beautiful and intriguing than passive women and should be respected and loved instead of feared.

Initially, Marston created the adventures of Diana to depict his own psychological and political views.

William Moulton Marston said in “The American Scholar“ (1943), “Who wants to be a girl? And that’s the point; not even girls want to be girls so long as our feminine archetype lacks force, strength. Women’s strong qualities have become despised because of their weak ones!“

Wonder Woman’s clothes are again proof of her confidence. She is not distracted by the male gaze and believes that what she wears is a warrior’s attire. Interestingly, Diana thinks of her as a warrior but at the same time a woman too! She’s not tomboyish; she believes that she is a woman and a warrior. On one occasion, Wonder Woman rescues Steve Trevor from the Nazis, and he exclaims, ‘Wonder Woman! My beautiful angel!’

Diana replies, ‘What is an angel? I would rather be a woman.”

[bctt tweet=”What is an angel? I would rather be a woman. – Wonder Woman” username=”SMomus”]

Unlike other famous comic book couples like Lois Lane and Superman or Mary Jane and Spiderman, Diana and Steve Trevor were more partners than a couple. The popular notion was that the female in the relationship should be weaker, maybe that’s why Steve and Diana keep breaking up. Further, with the rising popularity of superheroes, Wonder Woman is pushed towards Superman or Batman more. She even had a brief romantic relationship with the Hindu God Rama, which was cut short abruptly when the religious community started protesting.

After a long time, Wonder Woman was re-invented byn Kingdom Come and then in the Justice League animated series. Wonder Woman is now a fierce fighter who won’t back down from a fight. It didn’t stop here, then came New 52 where Wonder Woman was fiercer. She wouldn’t think twice before jumping in a fight.

Unfortunately, the Wonder Woman who was a fighter and a compassionate woman was fading away and was replaced by a stronger Diana who is just more aggressive! Wonder Woman was portrayed as the ‘Ultimate Badass!” and since there were less female readers, it gained popularity too.

Thankfully. With the new Rebirth run, DC somehow got Wonder Woman right; if not accurately but still better than the last few versions.

I hope we get the Wonder Woman that used to inspire hope and could make us believe again that men and women are equals, not rivals or superior to another. 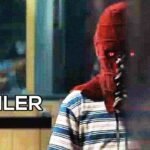