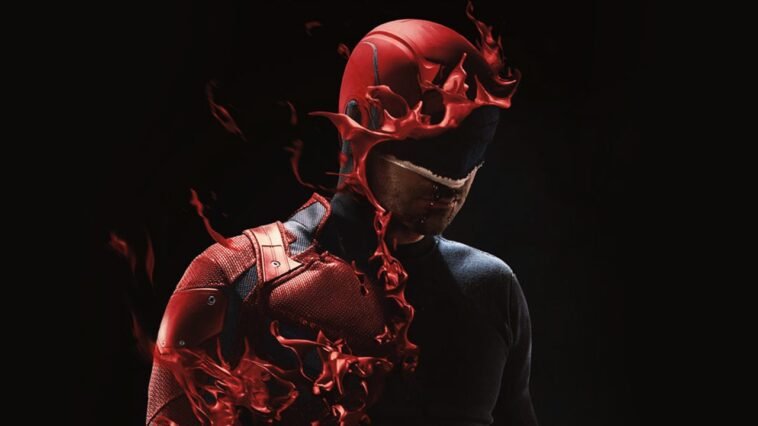 Just a few weeks back I was absolutely mesmerized by the magnum opus third season of Daredevil, which – to me – was the best Marvel presentation of 2018, even transcending Marvel’s box office spectacle Avengers: Infinity Wars. It leaves me in a state of distraught to hear about the cancellation of Daredevil, after a brilliant stint on the streaming giant Netflix, especially after the spectacular season three. In a statement issued by Netflix, “Marvel’s Daredevil will not return for a fourth season on Netflix.”

And I will be forever grateful to Jeph and Karim and Tom, Devon and Jordanna, Dan and Joe @Marvel

And to Allie, Kris and Penelope @Netflix

And to all the #Daredevil fans who have made running this show the most fun experience of my career.

What makes it more painful is the fact that almost two weeks ago showrunner, Erik Olsen, pitched a potential fourth season to Netflix and Marvel executives. Unfortunately, the Devil of Hell’s Kitchen was never supposed to see the light of day, just like his Defender teammates – Iron Fist and Luke Cage. This leaves Jessica Jones and The Punisher as the only remaining marvel shows on Netflix, but looking at the current state of affairs, it is pretty evident that they will also suffer the same fate after their respective season runs in 2019.

Netflix spokesperson stated that they are extremely proud of the third and final season. Even though it equally painful for fans, they are happy to end this critically acclaimed series on a high note. They have also expressed their gratitude towards Marvel for giving them the opportunity to work on such a brilliant project, and also thanked showrunner Erik Oleson, and lead actor Charlie Cox, who played Matt Murdock/Daredevil in the show. Netflix has also clarified that the current seasons will continue to stream on their platform, at the same time they also hinted that Daredevil might have a role to play in future Marvel projects.

Even though it’s not official but Disney+, Marvel’s parent entity Disney’s upcoming streaming platform will be the exclusive home for all Marvel content, just like the recently launched DC Universe by DC. Disney+ has already announced high-profile Marvel shows such as  – Loki starring Tom Hiddleston, Scarlet Witch, and a Winter Soldier – Falcon team-up mini-series. Now, since it is not clear what will happen with Charlie Cox’s Daredevil – whether it will continue on Disney+ or it won’t – it is a question that is dubious on everyone’s mind.

Even if Disney+ picks up the series (including other cancelled ones) on its roster, in succession to the Netflix-Marvel universe, Disney’s family friendly content policy might be the exact opposite to the tone of these shows. I’ll simply hate to watch a PG-13 Daredevil series (if it ever happens). There has been news of creative differences between Netflix and Marvel executives, over the years to dictate creative control, which also resulted in replacements of showrunners. So this could also be another reason that led to these cancellations.

Whatever be the case – be it a battle of superiority or exercising the power of control – it’s fans like me who always end up paying the high price of losing a quality show, as I was so looking forward to the fourth season. It is definitely a sad moment because just like Guillermo Del Toro’s Hellboy trilogy, fans deserved a proper closure for the Devil of Hell’s Kitchen and his alter ego Matt Murdock, Foggy Nelson, Karen Page, Wilson Fisk and above all Bullseye.