Is it a good movie? Is it a bad biopic? Any historical inaccuracies? Here’s what I have to say – It is a movie about “Freddie Mercury”, so who cares? Because “Nothing really matters; Nothing really matters to me!”
Still, if you’re looking for something that is factually appropriate or authentic then watch the 2011 acclaimed documentary, “Queen: Days of our lives.”
Bohemian Rhapsody isn’t perfect, to be honest. It has its limitations and flaws. It is not “The Doors” (Oliver Stone)that was a trip with a daunting and serious tone.
Ignoring all the negativities, I found Bohemian Rhapsody to be an entertaining ride, which gave me some serious goosebumps moments.
Bohemian Rhapsody is probably the only movie that has a soundtrack, I was 95% familiar with! Well, except “I’m in love with my car” (I kinda started to love that song when I played it today!)
Now, the movie’s production debacles made news. Bryan Singer got fired before the shooting was wrapped up.
Then there was a creative difference between the band members of Queen and Sascha Baron Cohen, the first choice actor for the role of Freddie Mercury.
There were news of directors and writers being replaced.
A movie that had taken nearly a decade to make it to the big screen from its initial concept to its actual release.
I am grateful that what could have been the “Justice League” of biopics, the end results were satisfying, to me at least.
Bohemian Rhapsody maintained a healthy balance between humour and drama. The first half of the movie was light-hearted; however the second half turned more serious.
A plus point for Bohemian Rhapsody was its perfectly arranged songs throughout the movie. The credit goes to Roger Taylor and Brian May, who served as the music producers.
The casting, make-up, costume, production design, and other details like gears, instruments, etc. were almost perfect.
Coming to the story, Bohemian Rhapsody is not that kind of movie where you will see a lengthy and comprehensive biopic of its characters. Instead, Bohemian Rhapsody is more about the band’s rise to fame and their cult compositions.
Yes, there are many inaccuracies, but that didn’t distract me as an audience!

Although Bryan Singer was fired two weeks before the shooting was wrapped, he finished directing some crucial scenes. He deserves praise for those scenes at least.

Actor/Director Dexter Fletcher replaced Bryan Singer and oversaw the movie’s entire post-production. Dexter Fletcher is also directing Elton John’s biopic.
The best part of Bohemian Rhapsody are the performances.
Everyone is praising Rami Malek for his breathtaking portrayal of Freddie Mercury. Trust me; Rami Malek did an incredible job!
However, I felt Gwilym Lee’s role is criminally underrated. Gwilym Lee played the role of Brian May, and I thought I was seeing Brain May on the screen on some occasions!
Joseph Mazzello and Ben Hardy portrayed John Deacon and Roger Taylor respectively.
Bohemian Rhapsody also has Tom Hollander, Mike Myers, and Aidan Gillen in supporting roles. Lucy Boynton played the role of Mary Austin, Freddie Mercury’s partner.
Bohemian Rhapsody also features a cameo by Adam Lambert, current Queen’s vocalist.
John Ottman’s editing and Thomas Seigel’s cinematography added more life to the movie.
I was still in school when I got my first ever Queen Album, “The Works”, which I found in a shoebox!
Since then everything I knew or heard about Queen, Bohemian Rhapsody did seem like a perfect tribute to the legendary band.
So, fuck the inaccuracies! The show must go on!

To See Or Not to See – Is Upon You! Layman Views. Not So Critical. Have You Seen It Yet? I ain’t no film critic nor a film scholar or even some film school drop-out, but one thing that has always remained constant in my life is my unconditional ‘Love’ for films, cinema, movies or whatever you want to call it. Even though I watch almost every genre, I am an ardent fan of action films. All I care is if I can recommend a good film or help avoid a bad one. I also love to discover new films or discuss films and TV series. 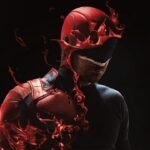