Aporia is the philosophical puzzle where the speaker or the person expresses doubt and puts a question to the audience.

The idea is to make the listener confuse, yet manipulate him/her to do something that the speaker wants.

However, dealing with aporia is not at all easy. A person with extremely good manipulation skill can use aporia to get things done.

Aporia is used in speeches and debates by expert speakers to make a point and ultimately make the audience agree. It’s a strategy.

When you put a person in doubt, he or she will become more observant. At the same time, they’ll be more open to your opinion.

A classic example of the usage of aporia can be seen in Hamlet by William Shakespeare.

Remember, the opening line: “To be or not to be?“

The opening of the piece depicts a confusion. Then as it progresses the intention becomes clear.

Like I told you, aporia can be a weapon for an extremely smart individual; like the Joker.

So, for people who think Joker is insane; he’s super sane like the famous writer Grant Morrison said.

The Joker in The Dark Knight uses aporia or the power of doubt to topple the entire system.

Batman was his greatest victim, and Harvey Dent was the next victim.

The Joker understands the human psyche, and that helps him in manipulating someone. He knows what to say to those who he wants to break or manipulate.

Joker said that it takes just one bad day to reduce the sanest man alive to lunacy! He wasn’t talking about himself only; he believes how a normal person turns.

In The Dark Knight, Joker creates chaos and moves to his two targets; Batman and Harvey Dent.

The interrogation scene in the movie is one of the important parts of the movie.

Jim Gordon leaves the room, the light turns on, and Batman appears from the darkness. Batman believes darkness is his weapon and immediately tries to dominate the Joker (remember he punches his hand?). He tries to show that he’ll show no mercy.

However, the Joker wasn’t impressed by one bit. Instead, he started talking and didn’t address Batman’s questions.

Joker has his own plan and answering Batman’s questions won’t help it.

Joker questions Batman’s morality by guilt-tripping him of the five deaths. He says that he’s responsible for those deaths and that was cold even for him (The Joker)

Further, he continues to sound doubtful about Batman’s morality and compares him with himself (the Joker)

When somehow Joker succeeds in getting Batman to listen, he starts to exploit Batman, who thought he’ll be in control.

Joker says to Batman that these people who he thinks are the good guy will eventually turn against him. He proved that he (Batman) and he are no different.

The interesting part was while Joker was talking, Batman was listening until he comes back to his senses and starts asking the questions again.

Joker still refuses to get intimidated and continues to mock Batman’s character and morality. Joker has successfully planted the seed of self-doubt in Batman. His mission was accomplished

Another important scene in The Dark Knight was the hospital scene.

Joker creates chaos only to ensure that he gets enough time with Harvey Dent.

Again, Joker uses aporia to create self-doubt and ultimately make Harvey believe that he (the Joker) and he are alike.

Joker always knew that the character “Two-Face” lived in Harvey Dent, he just pulled it out.

Remember, the scene where Harvey Dent uses the coin to decide if he wants to shoot a corrupt officer?

Even before he became the Two-face, there’s a scene where his colleagues tell him that Harvey is called Harvey-two-face. It was because Harvey can be friends with someone and immediately turn against him/her if he breaks any law.

Therefore, the white knight always had a two-face living in him. The Joker understood that and brought him out.

Just like the interrogation scene, the hospital scene also starts with Joker mocking the order and the police system. He goes on proving that eventually Harvey Dent will also be thrown out of the system.

The Joker used his understanding of the human psyche and creates an identity crisis in his target and then manipulate it.

Joker didn’t have the full control of Gotham like Bane did in The Dark Knight Rises, yet he convinced everyone that he’s in control. He did that with a few people.

Joker uses multiple stories to explain his scars. He only said the story of his scars to people who were in his control (Gambol and Rachael)

The stories were conflicting and confusing. It seemed like the Joker was making these stories up, but he used those stories to stay in control.

These stories are great examples of aporia. It was absolutely unexpected for him to start sharing his story suddenly.

As I said, Joker only tells the story to people who are fully under his control. While he tells the story, he has the full attention of his victims (Rachael and Gambol) and the audience.

He uses the stories to catch everyone off-guard, and he starts manipulating as everyone (including us) starts to listen to the story carefully.

Once you heard the stories, you will find the Joker to be more mysterious. Maybe that’s the plan.

Plus in Alan Moore’s Killing Joke, Joker says that if it’s his past, he should have multiple choices.

He uses these stories to create conflict among the people; provided they take an interest in knowing him. People who were there in Gambol’s boat won’t agree to the story that Joker told in the Wayne gala!

That’s the real image of Joker. He will manipulate and make things more mysterious about him.

Christopher Nolan got that right.

Christopher Nolan said in his interview that he understood that the Joker has no arc, he has no development, and he doesn’t learn anything through the film. He further said that the Joker is an absolute.

That’s what he is; the super sane villain, The Joker.

He doesn’t need powers like Darkseid to upset the world; he’ll do it with cheap weapons and just words.

Now Batman is a character who has a very strong character and personality. Many will agree if I say he has the strongest personality and character in the entire superhero world.

Joker got into his mind and made him doubt himself; not just once or twice but many times.

That’s the Joker we know and love. Christopher Nolan got that part right, and that’s why everybody loved THE JOKER.

Also Read – Iron Man: The Man Under The Suit 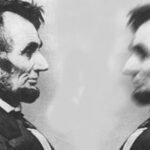