Who doesn’t like Marvel movies? I’m guessing no one!

With X-Men, Avengers, and Deadpool ruling the screen, Marvel is everywhere!

We thought it would be a good idea to make a list of the 8 most powerful characters in the Marvel universe. It includes heroes, villains, and anti-heroes.

Galactus maintains his existence by devouring planets! He eats planets!

But he doesn’t devour any planet; he devours those that support life.

Galactus wields an incredible kind of cosmic energy called the Power Cosmic. His heralds, who find him planets, are given only a portion of it.

The Power Cosmic can replace the holder’s soul giving him/her great abilities. His most popular herald is the Silver Surfer.

Formerly known as “Him”, Adam Warlock could manipulate cosmic energy. As “Him” he possed agility, stamina, speed, and super-human strength.

“Him” sacrificed most of his abilities/superpowers to protect the High Evolutionary from the Man-Beast’s attack. To do so, he had to come out prematurely from his cocoon.

As a compensation or reward, he was given the Soul Gem

Cytorrak is the deity and the power source of Juggernaut.

Juggernaut gets his powers from the “Crimson Gem of Cyttorak.”

Cyttorak has almost limitless magical power. Not only he gave power to Juggernaut, but he also gave indestructible bands to Doctor Strange.

Cyttorak created an entire race of elves, who worship him.

Phoenix is an entity, which bonded with Jean Grey.

The Phoenix force can manipulate cosmic energies as well as access the life-force that is reserved for future generations.

It can project beams that have incredibly destructive force.

The Phoenix can absorb energy. It can even absorb the entire energy of the sun and Cyclop’s optic blasts.

Phoenix is the nexus of every psionic energy. It has incredible mental abilities too like telekinesis and telepathy of cosmic scope.

In the Marvel universe, the Omega level powered characters are considered as the most powerful beings.

Franklin is an Omega level powered character. He can even warp reality, like the Scarlet Witch.

Franklin’s reality changing power is so powerful that he can bring any of his thoughts into reality, which can affect the whole cosmos!

Franklin can also see the future. It was hinted in some stories that he can also be immortal.

The most interesting part is Franklin is actually a kid!

In some future timelines, Franklin even made Galactus, his bodyguard.

The Living Tribunal is older than the universe itself and is a powerful cosmic entity.

It protects the multiverse in the Marvel universe. The Living Tribunal maintains the balance of the entire multiverse.

It is a living embodiment of the Marvel Universe. 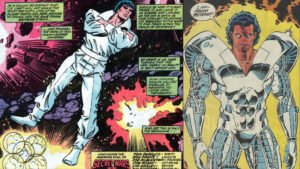 The Beyonder is an omnipotent being, who was seen in the original Secret Wars storyline. In that storyline, he was the end-all and be-all of the Beyond Realm. He took a human form to understand human beings better.

The Beyonder’s power is million times greater than the entire multiverse put together.

The most mysterious and powerful being in the Marvel universe is the One-Above-All.

The One-Above-All is omnipresent, omniscient, and omnipotent. His powers are immeasurable, incalculable, and unlimited.

He can control all forms of energy, and he can wield every power.

These characters are so powerful that I’m not sure if I should call them Gods.

Tell us what do you think about these characters and did I miss one?

Also Read – 8 Most Powerful Characters in the DC Universe 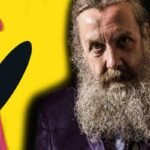 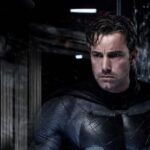