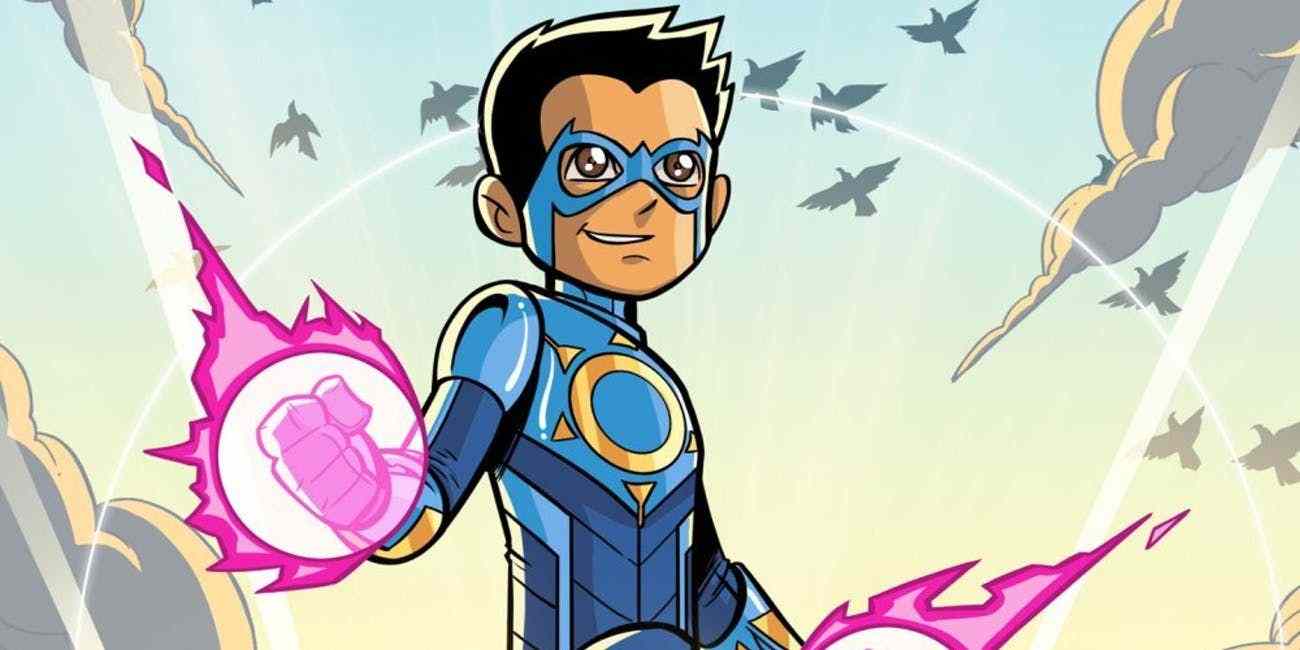 Chakra The Invincible debuted in the year 2011, and to many fans, it was a hope that someday they can see Chakra in a big screen. Chakra had a very obvious kind of backstory: Raju Rai lives in Mumbai (of course), and he created a suit (no brainer) that can harness the power of a human being’s chakra (Shaktiman?) and he becomes a superhero and protects his city. Did you know, Chakra debuted on the popular channel Cartoon Network in the year 2013? Yes, Chakra did manage to come on TV!

Then we have (had) the India version of Spider-man, also co-created by Sharad Devarajan. This version of Spider-man debuted in the year 2005, wore dhoti because Indians wear dhotis and he loved Diwali! The alter-ego of the India version of Spider-man is a boy named Pavitr Prabhakar, who is, of course, a simple boy and since he is simple he has to be from a village, but he later moves to Mumbai (of course). Aunt May is Aunt Maya, Uncle Ben is Uncle Bheem, and Mary Jane is Meera Jain. Pavitr Prabhakar gets his power from a yogi, and the yogi grants him the power of a spider!

Superheroes in India or Indian superheroes have or will always have two prominent factors in their backstories, and that is science and science deeply rooted to mythological powers like chakra, and powers of yogis or sadhus. A break from all these was Bhavesh Joshi; although, this character didn’t jump out of comic book pages but was from a movie and he was a protector of Mumbai (again!) But thankfully neither he had science nor mythological elements in his backstory.

But why didn’t any of these work? Let’s even take into account the once-popular characters like Nagraj, Super Commando Dhruva, Doga etc. Can we conclude that Indians sub-consciously want the western superheroes more than the Indian ones? I mean when Batman came to India in Batman: Absolution in the year 2002, it was okay for him to navigate the vast country and ultimately bring the culprit to justice. We cannot complain about that as even Nagraj travels the world in a weird overcoat and bring terrorists to justice. So when you analyze and think about the whole concept, then there ‘isn’t much difference between the Western and Indian superheroes. They do the same thing and more or less in an identical way. Then what goes wrong for the Indian superheroes?

One factor could be character depth. The Indian superheroes lack character depth; they are pretty much like the Bollywood masala movies’ characters who are extremely aggressive and serious at one point of time, and then they display characteristics that are quite the opposite. Doga can mercilessly kill criminals, but then he becomes a lover boy with his love interest; Super Commando Dhruv is a highly intelligent character who tackles nation-level threats, and who leads a team of his own but again you will see him in a childish but cute fight with his sister.

Writers like Garth Ennis, Alan Moore, Frank Millar, and Mark Miller deconstructed the superhero mythology on various occasions and presented a raw and much human version of our beloved superheroes. Scott Snyder and Brian Azzarello made many popular characters darker. The famous western characters went through many evolutions and versions over time and evolved too, which lacks in the India superhero universe. The characters are stagnant, and no matter how much they tweak, they are always clean and do not show their dark shade as if they don’t have one.

There is no inner conflict, or they seldom give up to their temptations because Indian superheroes cannot be a flawed character! If we talk about Batman, the character is dangerously self-obsessed and at times displayed the characteristics of a typical big arrogant boy. For instance, Batman gets rid of his sidekicks/helpers just like a big arrogant boy would stop playing with any kid who would start arguing; Batman customizes his gadgets and vehicles, which is much like writing name on a cricket bat or PlayStation, and finally Alfred stays with him because every arrogant big boy will always have one best friend who sticks with him and plays along and argues occasionally but keeps coming back to him when he is lonely. Batman has trust issues, and on many occasions, it was clearly depicted, as his inability to trust anyone, even the Justice League members.

Similarly, Tony Stark is also self-obsessed, and despite his noble intentions, he is a narcissist and covers up his emotions with it. He tends to show off his skills and intellect. Spider-man, on the other hand, wants to do good, but also wants to be financially strong. He lost a father figure, Uncle Ben, and somehow he follows Tony around and treats him like his mentor. Therefore, these popular characters became fan-favourite, mostly because of these deep layers and a part of their personality, and they struggle with their inner conflicts more often than you think. Do you find such depth in any Indian superhero? They just do things and come back home, and there is never any inner conflict.

The depth of a character has a lot to do with the character’s surrounding elements as well. We all know Gotham City and the city seems to have its own characteristics: the newspaper Gotham Gazette, the Crime Alley, a careless police department: GCPD, a grumpy commissioner struggling to understand what’s right and wrong, villains like Joker and Bane who are popular than many superheroes, Batman’s gadgets etc. All these form a myth, and they make the character stronger. Almost every character has them: Superman’s office, Tony Stark’s company and suits, Spider-man’s personal life, and so on. Various factors come together and uplift the character mixed with that character’s moral grounds, inner conflicts, and grey areas.

Many factors make these western superheroes popular and fan favorite, and those factors are still missing in the Indian superheroes. Can you tell us more? Comment your thoughts!