We all know Superman. Arguably the most popular superhero, Superman is considered to be the first superhero!

Of course, there were a handful of superheroes before Superman, but none of them got as popular as Superman.

It was Superman who started the Superhero-culture.

I think overpowered superheroes are boring!

But Superman is an exception. His set of morals or the urge to be good and promote hope somehow makes him stand out.

Read – How Superman saved a Family from Losing their Home!

Both Superman stories and villains are intriguing.

There are evergreen comics like Red Son, and whatever happened to the man of tomorrow. In addition to them, the new Rebirth issues are undoubtedly impressive.

Even villains like Doomsday, Lex Luthor, and Brainiac never fail to impress.

Superman is always known as a character who’s over-powered and to be honest, he is!

It’s important to understand that Superman’s power has no limits. However, Superman’s sense of morality stops him from unleashing himself fully.

Let’s understand how powerful Superman is.

I’ll take into account events from comics that will help us understand how super Superman is.

Born as Kal-El, Superman was born in Krypton, a highly advanced planet.

He was sent to earth by his birth parents Jor-El and Lara just before Krypton was destroyed.

He was found by Jonathan and Martha Kent and became his earth parents. They named Kal-El, Clark Kent.

When Clark first came to know about his Kryptonian origin, he refused to accept it, and that somehow developed a mental barrier that stops him from attaining his full power.

Another example is although Superman needs yellow or blue sun rays to survive; he still eats and drinks human food. It’s because he has convinced himself that he’s an earthly being first.

Therefore, you can say that Superman’s mental barriers are much higher than any normal human being.

Can Superman be Telepathically Controlled?

The answer is mostly No!

With Torquasm-Rao, Superman can enter the theta state. It’s the state where Superman becomes exceptionally receptive to information and instinct.

Torquasm-Vo is a mental martial art that fights off mind-dominations and illusions and fights back.

So, even if someone wants to control Superman, they can’t! Thanks to Torquasm-Vo.

But it’s not just Torquasm-Vo that will prevent someone from controlling or doing any damage telepathically.

Superman’s hearing ability is so keen that he can hear a telepathic shout and before it reaches, he can block it with psychic blocks.

How powerful is Superman’s hearing?

Superman’s hearing is so powerful that I’m not sure if I should call it hearing!

Superman was near Vega star or system when he heard the signal.

The Vega star is 25 light years away from Earth!

Superman heard the signal in the vacuum of space, flew to Earth from Vega star, which is 25 LIGHT YEARS AWAY!!! Superman reached Earth before the attack could do any real damage.

Common sense says that sound can’t travel in a vacuum, so the signal must’ve encoded itself in radio waves that can travel at the light’s speed. It would still take more than 20-22 years.

There is also a chance that its Superman’s telekinetic ability that lets Superman knows if someone is calling him.

Superman has a hearing ability that is God-level, and he also possesses speed that also has no match.

Superman can also phase like Flash, if not as good as him.

Superman can see things that are at the subatomic level and things that move at light’s speed. He also has an electromagnetic spectrum vision, which lets him see a person’s aura.

Superman’s heat vision is hotter than the sun. However, it drains his powers when he increases the temperature or intensity.

Superman can shoot heat-vision with such precision that it will be invisible to human eyes. It can reach a microscopic level and can pierce through something like a laser needle.

Imagine, if Superman has to kill someone. He can just shoot the heat vision in such a precision that it will pierce through someone’s eyes or skull like a needle and fry the brain!

How strong is Superman?

The new 52 Superman was seen lifting a weight of 5.972 sextillion metric tons, which is the weight of earth!

The new 52 Superman is not as strong as the post-crisis Superman, so imagine how strong the silver age Superman is!?!

Superman can punch someone with his infinite mass punch with the speed of light. The speed can create relativistic mass, which can create an impact equivalent to 10 octillion megatons, which can bust planets.

The most powerful nuclear weapon in the world is Tsar Bomba of the Soviet Union. Tsar Bomba can go up to 100 megatons.

In Justice League: Our Worlds at War, Superman spends just 15 minutes in the sun and then moved planets effortlessly.

According to the Superman Homepage, Superman can survive supernovas because his skin has a bio-electric aura, which protects it.

Superman is super! He is God-like.

Apart from all these crazy-powers, Superman heals faster than a normal human being.

Many think Superman is not very smart. That’s not true.

Superman can process thousands of information many times faster than a normal human being. He defeated high IQ villains like Lex Luthor and Brainiac, so that proves too that he’s pretty smart.

Other powers include super breath and arctic breath.

So, next time someone asks you:

How super is Superman?

Also Read – Iron Man: The Man Under The Suit 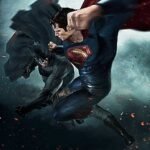