The last moments of this young woman became an internet sensation. The video is still out there, and many made it viral too.

The video and her death were mysterious and harrowing.

The young woman was Elisa Lam.

Elisa Lam was a happy woman who enjoyed travelling and exploring the world.

She was on a trip to the United States, where she was hoping to explore numerous towns, cities, and regions during her trip.

Elisa had no idea what the trip has in store for her. Her parents waived her off; little did they know it’s the last time they’ll see her daughter in person.

Elisa checked-in, a hotel in Los Angeles. The hotel where her death was waiting for her.

The hotel where she checked-in was a hotel that had a notorious reputation. The name of the hotel is The Cecil Hotel.

The Cecil Hotel has a very disturbing history.

The events that happened in this hotel were mysterious and evil in nature.

There were at least 14 deaths in the Cecil Hotel that were not natural. There were multiple cases of suicides since 1931.

One of the most disturbing deaths in the Cecil Hotel was a brutal murder in 1964 when a retired telephone operator was murdered.

The hotel’s history was evil and unholy. Many paranormal events were documented in the Cecil Hotel.

There were instances when guests said that they felt as if they were being strangled when they were alone.

With such a dark and disturbing history, one can only wonder why Elisa chose that hotel to stay?

Elisa Lam was only going to add another mysterious death in the already dark and sinister lists of unnatural deaths of the hotel.

Elisa was active on social media. She used to update her account on Tumblr almost everyday with images and experiences regarding the trip.

Elisa was allocated in a hostel-style accommodation on the fifth floor. She was later moved to another room after her roommates started to complain of her strange behaviour.

Elisa was a patient with bipolar disorder, maybe that’s what made her roommates uncomfortable with her.

Then again, the fact that she was moved to another room could be a false claim of the hotel to avoid suspicion by proving her mentally unfit.

Elisa updated her Tumblr account on her second night and said that she’s having problems with ‘creepers.’ What she meant by ‘creepers’, is still a mystery.

On 31st January, Elisa bought gifts for her family. The manager of a nearby bookstore said that she was always happy whenever she came to the store.

The last time Elisa spoke to her parents was the 30th of January.

On 2nd February, her parents tried to contact her but failed. They flew to Los Angeles to find out if Elisa was okay.

When they reached the hotel, they found her belongings in her room except for her laptop and phone, but she wasn’t there.

They contacted the police, and the search for Cecil started. Hundreds of men were looking for her, flyers were given away, they even tried online methods too, but nothing got back.

Somewhere her parents were preparing for the worst as they fear something unspeakable happened to Elisa.

On 14th February, LAPD released a CCTV footage. She was last seen on that footage.

In that footage, Elisa was in the elevator of the Cecil Hotel and the time displayed was 2 am.

In that CCTV video, Elisa is seen entering the elevator and pressing all the button. She seemed as if she’s waiting for someone or something.

The elevator door wasn’t closing for a long time, which is again strange because nobody was standing in its way.

Elisa then steps outside the elevator and peeks left and right quickly. She steps back in and stands near to the panel. She seemed to be hiding from someone or something.

After a few moments, she again steps towards the elevator door, which was still open. She steps outside and moves slightly to her left and steps back again in the elevator.

She almost instantly steps out of the elevator again. This time she moves to the left of the doorway, becoming visible to the elevator camera for some time.

After 20 seconds or more, she gets back inside the elevator, holding her head with her both hands.

She again starts pressing all the buttons on the panel. She then again steps outside the elevator.

Elisa stands to the left of the elevator doorway again. This time she does something strange.

She starts waving her hands to her sides, with fingers outstretched, leaning slightly forward and rocking forward and backwards.

She keeps on waiving her hand in the same manner for almost a minute and starts walking away in the same direction she entered in the elevator.

The elevator door closes for the first time.

The entire video has a duration of four minutes, which is a long time for a regular elevator door to stay open.

The CCTV footage is still disturbing to watch. It was just a prelude for what was about to be discovered after five days.

Less than three days, after the footage was released, guests started to complain about low water pressure. Some of them even complained about the colour and a strange odour.

The hotel staff started investigating, and on 19th February morning, a staff member goes to the roof to find out and check the water supply.

In one of the tanks, the staff discovered the decomposing body of Elisa, foot below the surface and floating face up.

Police were called, and by noon the body was retrieved.

Elisa’s family was informed, and the Police scheduled an autopsy.

The hotel said that it was just a case of accidental drowning and mentioned her bipolar disorder as a factor.

According to their theory, Elisa suffered a psychotic breakdown, went to the roof, climbed the water tank by herself, and drowned herself accidentally.

The reports said that her body was found naked, and bloated. Further, the body had also been turned green, which means the body was there for some weeks.

The Police also found her clothes, watch, and room key floating beside. The Police didn’t find any signs of sexual assault and physical trauma.

There are still many questions that are unanswered.

One of them was how she got up the roof? The incident was reported to have occurred at the time when the roof was kept locked. Any unauthorised access would have raised the alarm.

The second question was how she climbed the tank? The tank was eight feet tall and was set on a concrete block that was four foot tall. The total height was 12 feet.

If Elisa had to get into the tank, she had to get inside from the only access point, which was on top of the tank. Further, there was no fixed ladder at that time.

The third question was how she lifted and closed the lid after her? The lids were of 30-40 kg. Even though she somehow opened it, how did she close the lid?

There was no way Elisa or anybody can reach the lid once inside, given the weight of the lid was heavy and there was water inside.

Till today, there’s no explanation that is satisfactory.

If it was a case of psychotic breakdown, it could be accepted. But what if the reason is far more sinister?

Her action in the elevator was strange and disturbing. The elevator door stayed open for 4 minutes, which is strange.

There is a possibility that she was under the influence of some recreational drugs. However, no such illicit substance was found in her blood.

The Cecil Hotel, where she died, was also known for paranormal events.

Was it the hotel? Was it a case of possession?

A woman full of life and dreams died, and till today nobody knows what took her life.

Whatever may be the reason, Elisa Lam was a happy woman until she found the hotel or rather the hotel found her. 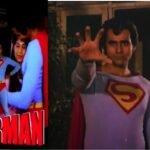