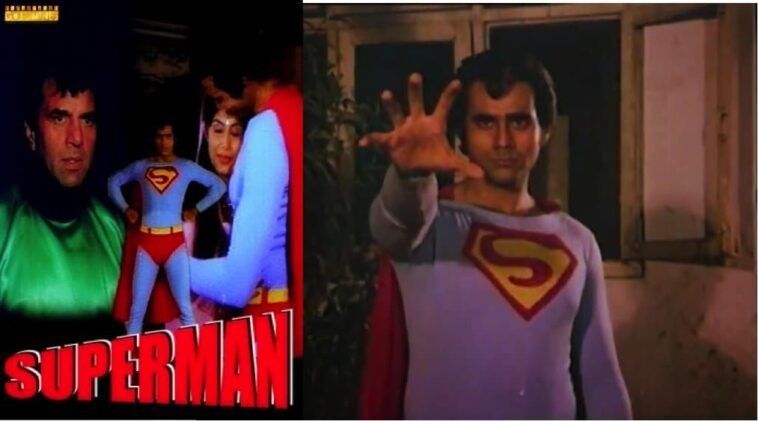 What do you call a movie that is not original or just the carbon copy of another movie? We generally call those movies rip-offs or mockbusters.

The rip-offs are not original (obviously) but sometimes they do succeed to get our attention.

Especially, when the story of the original movie is so good, that the rip-off gets praised (till people find out)

I came across rip-offs of some superhero movies that are just bad; plain bad.

These rip-offs usually take advantage of name recognition and viewers who suffer from poor attention to the details.

I made a list of lousy superhero rip-off movies that you probably didn’t know about.

1. Rise of the Black Bat

In 2012, Rise of the black bat introduced a superhero that is the combination of Batman and Daredevil.

(And you thought only Amalgam comics could combine superheroes of DC and Marvel!)

Oh, also a crime boss blinded him. So, he’s blind, but he can see like a bat.

So, the black bat wears a long trench coat like the Punisher, relies on his senses like the Daredevil, and wears a mask like the Batman (minus the pointy ears)

The makers of this movie are lucky that the name, “Avengers” is not copyright protected.

So if you are thinking of making a movie with some kids’ storybook characters, go ahead. I’m sure you’ll make a better movie than these rip-offs.

Back to the movie:

So, the Avengers Grimm is a team of updated sleeping beauty, Rapunzel, and Snow White.

The hilarious part is when the villain brainwashes Red Riding Hood and makes her fight with the heroines.

Also, there is a character called Iron John, who’s basically a grey Hulk with more clothes.

Sinister Squad is the sequel of Avengers Grimm.

Sinister Squad is much like the Suicide Squad. This is also a story of bad guys teaming up to take down bigger bad guys.

I didn’t understand why they couldn’t ask the good heroes of Avengers Grimm to do that instead!

Mythological characters are not copyright protected, and that’s why anyone can re-imagine Thor as a superhero.

In this movie, Loki is the villain, and he steals the Mjolnir. The Mjolnir in this movie is so ugly that I’m sure somewhere deep inside Thor wanted Loki to keep that.

In this movie, Mjolnir is called the “hammer of invincibility.”

You’ll see some lousy CGI monsters and an Asgard that is so bad that you may break into tears, especially now that you know how Asgard looks in the MCU movies.

The courage of the movie, Thor almighty is commendable.

He went ahead and made a sequel too.

In the sequel, Thor wears a helmet that looks like a rejected design of Ironman’s helmet.

Like Ironman, Metal Man is also a smart scientist who can make weapons.

Now when you see Tony Stark, you see a smart, confident, and brilliant personality. However, when you see Metal Man, you’ll see bad acting; like terrible and awful acting.

I saved the best for last.

Superman is probably the first rip-off movie in the history that even used the exact same name and the same back-story of the original superhero.

Superman is a Bollywood movie (Year: 1987) that has a cast of renowned actors and actresses.

So, the Indian Superman’s father is a scientist of an advanced planet, like Krypton.

Like Krypton, the planet is also about to explod…no wait, melt!

Yes, the planet changed its course and is approaching the sun, and in 30 minutes it will go near to the sun and (wait for it) MELT!

Strangely, when the Indian Jor-El knew that they had just 30 minutes, he was still in a meeting with other people.

Then he says “Ye dharti meri maa hai” (this planet is my mother) and leaves to meet his son (Indian Kal-El) for the last time.

After a very brief drama, he sends his son to earth in a low-budget spaceship.

Now, the Indian Kal-El reaches Earth, and the Indian Kents find him. They name him Shekhar.

When the Indian Kal-El was just a kid he started showing some superhuman signs that convinced the Indian Kents that he has superpowers; like bending a rubber water pipe and dancing to a Michael Jackson song in a party.

Later he lifts up a mini truck, but by then the Indian Kents were convinced that they adopted a Superkid.

This movie has an Indian Lex Luthor too, whose name is Verma.

Now you may still be wondering which Superman is the most powerful: The silver age Superman or the new 52 Superman. The answer is Indian Superman.

The Indian Superman can manipulate objects just by looking at them; both metallic and non-metallic. (Haha, to your face, Magneto!)

Sometimes, I just watch these rip-offs and enjoy!

I know it’s weird, but they are so bad that I find them immensely entertaining.

I watch and wonder what motivates them to make these movies?

How many of these you have watched? Did you enjoy or not?