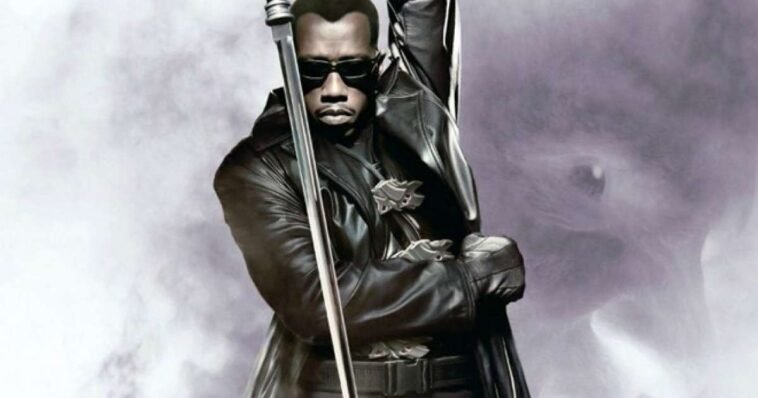 What may seem stupid and dreary today, might turn out that they are ahead of time! Movies have changed the trend, started a trend, and ended a trend.

Movies like The Matrix or Blade Runner were ridiculed when they came out. However, today they are considered as cult movies.

We created a list of 10 movies that were ahead of time.

Freaks is a horror film that was directed and directed by Tod Browning.

Freaks was based on a short story called “Spurs” by Tod Robbins.

The movie was from the pre-Code Hollywood era. The pre-Code era was before the enforcement of censorship guidelines of the Motion Picture Production Code. Therefore, movies released during those times could include intense violence, abortion, illegal drug, and profanity among many other things.

Despite having such freedom, Freaks was considered too shocking. Several scenes were removed.

The original version of 90 minutes running time no longer exists.

The movie showed the life of carnival sideshow performers. It showed their life, romance among them, and how they performed.

Freaks was not well-received when it was released. It remained as a controversial movie for the audience then.

After many years, Freaks got the recognition of a counterculture cult movie.

2001: A Space Odyssey is an epic movie that was directed as well produced by Stanley Kubrick.

The movie was inspired by a short story by Arthur C. Clarke called The Sentinel. Clark also wrote the screenplay of the movie along with Kubrick.

Although it is a science fiction film, it has themes of artificial intelligence, technology, human evolution, existentialism, and possibilities of extraterrestrial life.

Although the movie was made in 1968, it still holds relevance even today.

2001: A Space Odyssey is praised for its scientifically accurate spaceflight, ambiguous imagery, and ahead-of-time special effects.

2001: A Space Odyssey suffered harsh criticism when it was released.

But with time 2001: A Space Odyssey got its well-deserved attention.

Today, 2001: A Space Odyssey is considered one of the most iconic movies.

Videodrome was released in the year 1983, and it was a science fiction and body horror movie. David Cronenberg directed the movie.

The concept of body horror was somewhat new during that time. However, this didn’t stop Cronenberg to explore it.

Videodrome can be described as a techno-surreal movie that showed some violent and bizarre hallucinations.

When it was released, it generally received positive reviews. However, it was also called “disorienting and plain weird!”

An American horror-genre website even called Videodrome as an ahead-of-its-time horror movie.

Robocop is an American superhero movie, but since the superhero genre was not so popular these days, it was recognized as a cyberpunk action movie.

Released in 1987, Robocop was directed by Paul Verhoeven.

Robocop dealt with themes that are based on capitalism, privatization, authoritarianism, and media influence. A superhero movie that dealt with these themes was not so mainstream back then.

Robocop was praised when it was released and Roger Ebert, a Pulitzer winner for film criticism, called the movie, ‘a thriller with a difference.’

The Blade is a superhero horror movie based on the Marvel superhero of the same name.

Black Panther (2018) got the recognition of being a mainstream black superhero and was loved as well praised globally. Whereas, Blade failed to get that recognition.

Deadpool (2016) and Logan (2017) were praised for their dark and mature content and were considered as revolutionary superhero movies. However, Blade was pretty dark and mature too.

The reason Blade failed to get the recognition of a black and dark superhero movie status was because it was released when the superhero-fever was not so popular.

Nevertheless, Blade remained favourite to many comic book fans and was ahead of its time.

Blood Simple is a neo-noir crime film directed, produced, edited, and written by the Coen brothers (Joel and Ethan Coen)

The Coen brothers showed the mindset of people, which can become pretty dangerous if they witness violent situations for a very long time.

Years later, neo-noir crime movies with such analysis of human minds became mainstream. Movies like Blood Simple were among the first movies of this genre that inspired them.

Donnie Darko is a science fiction movie that doesn’t look like one till it wants to!

Directed by Richard Kelly, Donnie Darko is a cult movie that was shot in just 28 days.

Donnie Darko’s tone, acting, and the story was ahead of its time.

It couldn’t perform well at the box office but was critically acclaimed.

The Empire listed Donnie Darko in the second position in the list of 50 greatest independent movies.

Donnie Darko was also appreciated years after it was released and it grossed almost $11 million in the sales of home video.

The director’s cut was released in the year 2004.

Donnie Darko perfectly depicted teen angst and science fiction. The movie can be considered as one of the exceptional movies until today.

The Night of the Hunter is directed by Charles Laughton. It’s a thriller movie.

The screenplay of the movie is based on a novel, written by Davis Grubb, of the same name.

Therefore, it’s not the movie that was ahead of its time, but the novel was as well.

The main plot of The Night of The Hunter is focused on a corrupt minister who gradually turns to a serial killer.

The movie is based on a real-life murderer of three children and two widows.

Cahiers du cinéma, an influential movie magazine, selected the movie as the second best movie of all time.

The Library of Congress of the United States preserved the movie in National Film Registry.

Gattaca is a science fiction movie that is directed and written by Andrew Niccol. This movie can also be considered a futuristic, biopunk or cyberpunk movie.

Gattaca shows a futuristic society that is driven by eugenics. It shows a time when children are reproduced through genetic selection.

Although the movie didn’t do well at the box office, it received positive reviews.

Years after Gattaca is released, it is considered as a cult movie.

In the year 2011, NASA considered the movie as a science fiction movie that is most scientifically plausible.

Everybody loved the dark comedy movie Get Out (2017) for its take on interracial marriage or love affair. However, it’s Guess Who’s Coming to Dinner that dealt with that theme in the year 1967.

The critical success of “Get Out” only goes on to prove that Guess Who’s Coming to Dinner was ahead of its time.

Guess Who’s Coming to Dinner was directed and produced by Stanley Kramer.

After many years, the movie was preserved by the Library of Congress in the National Film Registry of United States.

I’m pretty sure that there are way more movies that were ahead of their time that I missed.

Tell us which of them did I miss?

And it will be awesome if you can give me your list of movies that were ahead of their time.

Till then, try not to call a movie stupid 😉

Also Read – Great Movies That Got Scrapped For Stupid Reasons 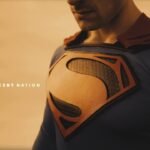